Our TEFL course in South Korea gives you the chance to complete your teacher training in one of the most popular destinations for EFL teachers in the world placing you right at the heart of one of the world’s largest markets for English language learning.

South Korea is a country of contrasts; it is highly urbanized with half the population living in high rise buildings yet you are never too far from the natural delights on offer. Beautiful mountains rising out of densely forested national parks give great opportunities for hiking in the summer and skiing in the winter. Remote islands are home to friendly fishing villages where you can sample the day’s catch at local cafés and restaurants.

South Korea is also technologically advanced with a highly educated population. It has the world’s fastest internet speeds and one of the highest rates of smart phone ownership in the world. Despite this, the country still reveres tradition and the modern benefits that technology brings are often balanced with respect for the traditions and culture of the past and the capital Seoul is home to five UNESCO World Heritage Sites dating back to the 14th century. Modern Korean culture is driven by the country’s thriving entertainment industry which produces the Korean dramas and pop music, known as K-dramas and K-pop, that have been the force behind the cultural phenomenon that is the Korean Wave. 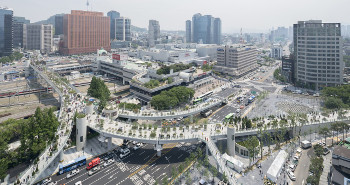 The learning of English is seen as an incredibly important part of future career prospects for many Koreans and as a result demand for English language lessons is high especially for children as parents want to provide the best opportunities for their children. The majority of positions are to be found in the major cities such as Seoul and Busan but jobs can be found all over the country if you are determined.

TEFL & TESOL E-BOOK
Purchase your course before the end of the month and receive our e-book on TEFL / TESOL, including essential information on jobs and teaching abroad.

Telephone Enquiries &Regional Offices
All telephone calls will be routed to our sales team. If you have already signed up or are already an ITTT student, please do not use the phone numbers below as the sales team will not be able to help you or re-route you to the tech / admin department.

For telephone enquiries from:

Request aCall Back
If you have any questions that are not covered on our FAQ page we will be happy to give you a call. Simply fill out the contact form and we will get back to you at the time of your choice!

Request a call back

Apply now!
Sign up to stay in touch with ITTT!
Subscribe to our newsletter to receive news and updates on our services.
Apply for your TEFL/TESOL Course!
The personal information we collect on this page will be treated in accordance with our privacy policy.
By submitting this form you declare to have read and agreed to the Terms & Conditions.

PLEASE, DO NOT CLOSE THIS PAGE.

Your application is being processed...

Login to your ITTT Online Course:

Request a call back

Do you want to be contacted to receive more information? Fill out the form, a member of our staff will contact you by phone.

Please note that all specified times are GMT. (London Timezone)

All compulsory fields must be completed!